30 Sep Humor: I Went on Jeopardy! With a Hickey the Size of Rhode Island and Lost 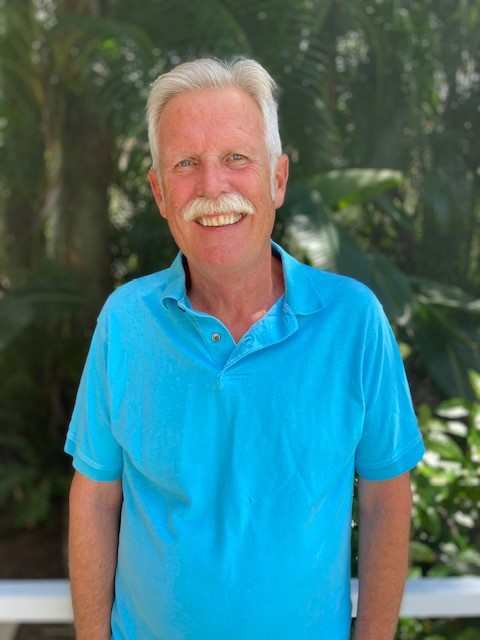 At 68, I sometimes have trouble remembering what I had for lunch. But ask me to name the capital of Mozambique, the vice presidents of the U.S. in order, or the number of gold medals Americans won in the 1936 Berlin Olympics, and I’ll rattle off the answers instantly. I’ve always had a head for useless information.

And that is why I have loved Jeopardy! since it debuted on NBC in 1964 when I was 12. A nerdy kid, I had read the World Book Encyclopedia cover-to-cover and knew a lot of the questions. (Jeopardy! contestants are given the answers. They have to come up with the correct questions.)

Shortly thereafter, I applied to be a contestant and received a letter that said I was too young but thanking me for my interest. The original version of the show, hosted by Art Fleming, was canceled in the late 1970s.

In 1984, Jeopardy! reappeared in its current incarnation, hosted by Alex Trebek. I applied the next year and was invited to tryouts in New Haven, a half-hour from my Connecticut home. I arrived to find an auditorium filled with 300 intellectual-looking types – mostly Yalies and professors. I figured that I, a hick who had grown up in rural Missouri, was doomed. But I was one of only 15 who aced the 55-question multiple-choice test and was asked to stay on for a mock game. I did well on that, smiling often to demonstrate my pleasing personality the coordinator said was key and was told to expect a call.

When the call arrived, inviting me to LA, I was over the moon.

We had a two-year-old and my wife was expecting our second child, so it was decided I would fly to California by myself.

At dinner the night before I left, our toddler, in his highchair, started crying. To distract him, I picked up a toy clown with a suction cup on the bottom, stuck it on my forehead, and began moving my head in circles, making the clown bob up and down. My son shut up and we finished dinner in peace with a plastic clown protruding from my forehead.

When I removed it, my wife was horrified. The suction had ruptured capillaries, producing a perfectly round three-inch purple hickey. All night long she kept shining a flashlight in my face to see if it was fading. It wasn’t. It was getting darker, as bruises do.

By morning, it was nearly black. My wife went out and bought a flesh-colored makeup called “Erase” she said would hide anything, and applied a thick layer over the hickey. It was still visible, but much less obvious.

That afternoon, I flew to LA. When I stepped out of the terminal and into the heat, the makeup began running into my eyes, blinding me.

The next day I smeared more Erase over the hickey and presented myself at the Sony Studios, along with a dozen other contestants.

Five episodes were to be taped that afternoon. I was selected to appear on the first and instructed to report to makeup. The makeup artist was fascinated by my hickey and called Alex over to see it. I told Alex how I got it. He thought the story was hilarious and asked if we could chat about it during the “interview” portion of the show. I said “no.”

The reigning champion was a retired teacher in his sixties. The other challenger was a woman about my age.

The categories for Round One couldn’t have been worse and included the Gay ‘90s, Mythology, Weather, and Mammals. By the end of the round, I was in negative territory, sweating profusely under the hot lights. During the commercial break, the makeup guy barely had to touch up Alex and the other contestants. He used a trowel to apply Erase to my forehead.

The Final Jeopardy category was “Pop Music.” The answer was, “Written as ‘Moritat,’ this song has been in the Billboard Top 40 longer and more often than any other song.”

If I had once known but forgotten the correct question, that would have been a tragedy. But I had never known it in the first place. I stood there like a zombie. The 30 seconds during which I could see out of the corner of my eye my fellow contestants writing down their answers as the Jeopardy theme song played was the longest 30 seconds of my life.

The correct question turned out to be the title of a song composed by Kurt Weill with lyrics by Bertolt Brecht. It was originally entitled “Die Moritat von Mackie Messer” and was written for their musical drama, “Die Dreigroschenoper,” It premiered in Berlin in 1928 but flopped in America as “The Threepenny Opera” due in large part to the song’s lyrics that made no sense because they had been literally translated from German to English.

It wasn’t until 1954 when lyricist Marc Blitzstein re-translated the lyrics for a new production that the song, retitled “Mack The Knife,” became a bonafide hit.

The champion knew the correct question. I obviously didn’t. Nor did the other challenger, who wagered everything. I finished second. Alex told me as he was shaking my hand during the closing credits that he knew I wouldn’t know “Mack the Knife’s” origins – I was too young to have seen “Threepenny Opera” during its 1950s Broadway run.

I took the red-eye back to JFK that night and was sure everyone on the plane was looking at me. They were because I was wearing an inch-thick load of pancake make-up that barely concealed the hickey.

Later that week I received a call from a marketing manager at Heublein which was, at the time, America’s second-largest wine and spirits marketer. I had been trying to get a meeting with Heublein for years. She invited me to headquarters to pitch the Harvey’s Bristol Cream business the very next day.

Before the meeting started, I knew I had to explain the hickey on my forehead, which hadn’t faded one iota, so I told her the story, and how, earlier that week, I had appeared on Jeopardy.

She loved the tale and gave me one project for Harvey’s … which evolved into two … then four more. Soon I was working for additional Heublein brands including Smirnoff, Finlandia, Famous Grouse, Club Cocktails, Paul Masson, Lancers, and Inglenook wines. Heublein quickly became my marketing agency’s largest client and the work I did for them helped win business from other big companies. So, even though I lost on Jeopardy, a few days later I won the business that made my career. It was a great one, and I’m truly blessed.

Do I wish I had won Jeopardy? Of course.

Still, as Chance the Gardener, Peter Sellers’ character in Being There (1979, screenplay by Jerzy Kozinski, directed by Hal Ashby, co-starring Shirley McClaine, Melvyn Douglas, and Jack Warden and for which Sellers earned an Oscar nomination) put it so well, I like to watch.

Tom Dryden lives in Bonita Springs, FL with his wife, dachshund and Jack Russell terrier. For more of his writing, check out his blog at www.tomdryden.com.

Sorry, the comment form is closed at this time.

Features In This Issue
In Every Issue