When I was 20 years old and about to graduate from New York University, a passion for writing engulfed me. At that impressionable age, I thought I could combine my interest in writing, photography, and food and make it my career.

Should I go to cooking school, I wondered? Work in a restaurant? Start sending queries to magazines for freelance article assignments?

One day on a commuter train into New York, I read an article in the New York Times about a chef named Jacques Pépin who had worked for former French President Charles de Gaulle and who was about to open the “first soup and salad restaurant” in the United States—right here on Fifth Avenue. 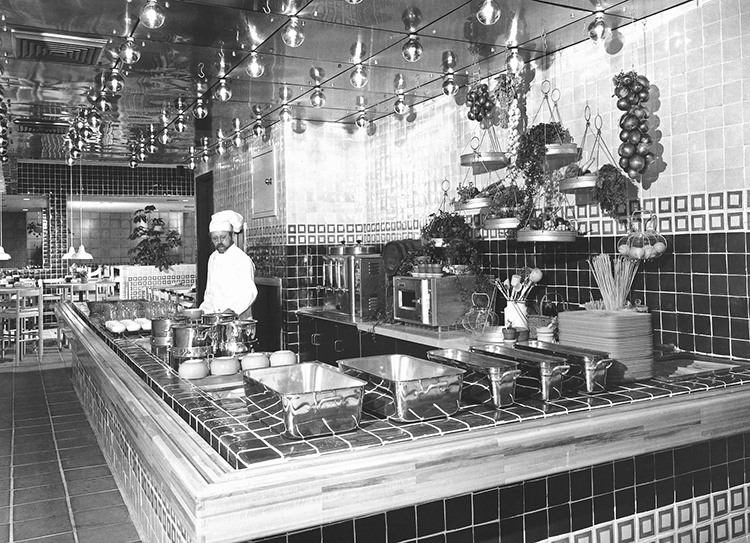 It was 9 a.m. I got off the train, marched over to La Potagerie, and knocked on the door to see if this French chef could answer my question. Should I go to cooking school in France?

A sympathetic and charming young man unlocked the glass door of the restaurant on Fifth Avenue.

“Just wondering,” I asked. “Do you think I should go to cooking school to learn how to cook and become a food writer?”

“Come in my dear,” Pépin said. “Let me get my friend Helen McCully [then food editor of House Beautiful and a cookbook author] on the phone. Let’s ask her!” 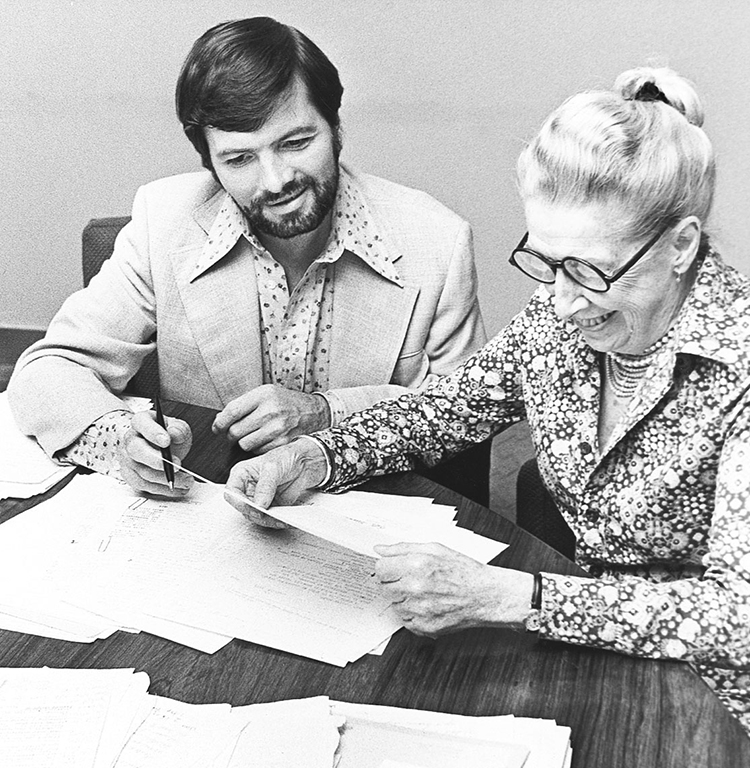 McCully thought it was a great idea. After hanging up the phone, Pépin turned to me and said, “Yes, cooking school would be a good idea. But if you really, really want to learn to cook, you need to learn the ‘basics’—the ‘techniques’ of cooking. Then you will be a cook. And to do that, you should go to the Hôtel Plaza Athénée and ask if you can be an observatrice [observer] in their kitchen. They won’t pay you, of course, but there you will learn the techniques.”

Actually, I did both. I attended Le Cordon Bleu culinary school in Paris and became an “observatrice” in the kitchen of the grand Hôtel Plaza Athénée. It was there that I assisted the “chef garde manger” (keeper of the food) by preparing food for grilling. Another day was spent with the grillardin (the grill chef) and at a station where the pans for sauteing veal were bigger than me, which presented quite the challenge for dumping the excess oil into a grease pit of sorts on the floor.

Time with the entremetier (vegetable chef) exposed me to the art of paring potatoes into pretty shapes (mine were not good!). And of course, I had the chance to work with the pâtissier (pastry chef), helping to ice cakes and running in and out of his ice-cold, absolutely freezing freezer for ice cream. What a glorious time for me, but my inexperience, I am sure, was amusing for the all-male chefs.

Upon my return, I thought for sure that I would be hired by the New York Times for its food pages.

Alas, it wasn’t meant to be. In those days, entry-level jobs were secretarial (“Can you type, dear?”), and the cherished food page editorial jobs were held onto for years and years.

Not to be deterred, I did move on to write about food for a food consulting agency. I started a television production company that produced many features and documentaries with food as a theme. And now, Healthy Aging® multimedia has numerous features on food, chefs, cookbooks, along with other lifestyle themes.

Along the way, I circled back to Pépin by featuring him in one of the Healthy Aging® documentaries in the 1990s and, most recently, sat in on a class of his at the International Culinary Center in New York where he stood and lectured for an hour and a half in front of a riveted group of alumni. Not bad for an 80-something-year-old!

A young Jacques Pépin hadn’t known that his actions and sincere advice would have such a lasting impact on the eager young student he graciously opened the door on Fifth Avenue for. Although he admits that he doesn’t remember the moment, it was seminal for me and serves as an example of how one person, with one small act of kindness, can change a young person’s life.

Over the years, personally and professionally, I have been exposed to many of the great chefs and cookbook authors. Pépin is certainly at the top of the list. 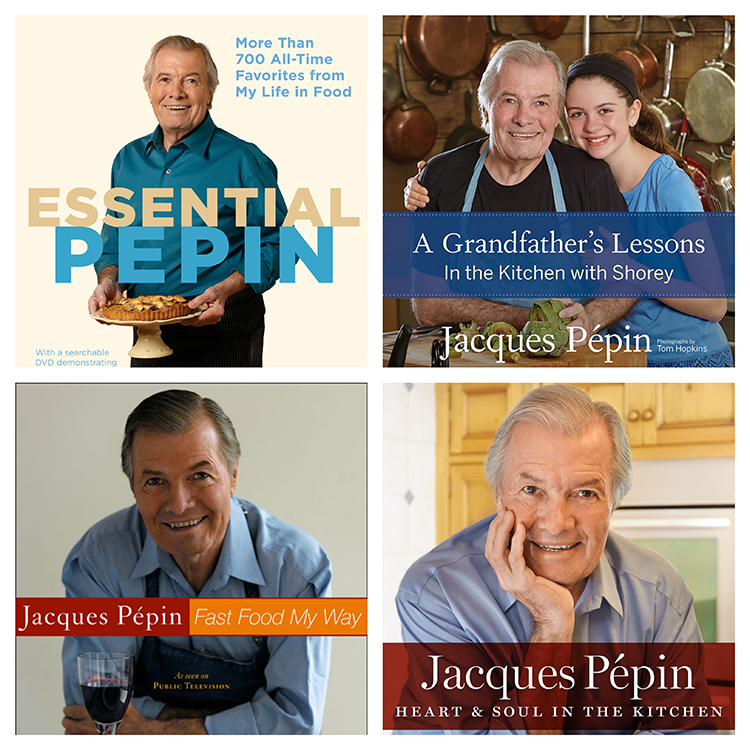 Learn from Jacques Pépin through His Cookbooks

Those of you who can’t enroll at a cooking school or work in a restaurant kitchen right now will find any of Pépin’s books to be excellent tutorials for learning cooking techniques—the basis of all fine cooking.

In addition to great recipes, Pépin’s books often include special tips, his time-tested techniques, as well as glimpses into his family, social, and business lives. One thing is for certain: Pépin has always surrounded himself with wonderful people, family, and true friends (as well as great food!) and has proven that he is not only a great chef and teacher but also a man of great character.

If there is one theme that resonates throughout Jacques Pépin’s 30-some books, it is the importance of cooking techniques.

“Today the food world is fundamentally different than it was when I published my first book, The Other Half of the Egg, with Helen McCully, then the food editor of McCall’s, in 1967,” Pépin said. “Interest in cooking, cookbooks, restaurants, markets, organic food, nutrition, and diets is at an all-time high … While trends change, basic techniques do not, whether it’s boning a chicken, cooking an omelet …

“Regardless of fashion, though, I always strive for the ‘proof of the pudding’: good food on the plate … I still poach an egg in the classic way, but now, instead of serving it with hollandaise sauce, I might serve it with some vegetables and a sprinkling of olive oil.”

If you are a collector of cookbooks, want to brush up on your culinary skills, or just want to start learning proper techniques for the first time, I recommend any of Pépin’s books.

With Pépin at your side, learn from the master chef himself, continue developing your culinary repertoire of techniques, and be inspired as I have been for many years.

Perhaps he will inspire you, too.

See some of our favorite recipes from his many cookbooks below: Stuffed Pork Tenderloins on Grape Tomatoes, Salmon Tostadas, Instant Beef Tenderloin Stew, Crusty Chicken Thighs with Mushroom Sauce and Chicken Breasts with Garlic and Parsley.

View Recipes In This Issue

Features In This Issue
In Every Issue